I have changed the name for identification purposes

Martin hated going to bed.  He was convinced that he would never sleep.  He would go to bed then get up with every excuse imaginable, he would want to use the bathroom, he would ask for a drink, then want to read, then want to talk and this would go on and on for hours.

For two years this routine had been going on getting worse and worse.  At times Martin went through anger, guilt, sadness, anxiety and fear.  He was convinced he wouldn’t ever been able to fall asleep.  The family had tried everything from changing his diet, essential oils, first aid homeopathic remedies and anything else they could think of to help change the evening routine and make things better.

The first homeopathic consultation included a detailed health history for a deeper understanding of how Martin reacted emotionally and physically to every day life and to any traumas that might have occurred.

Martin was regularly experiencing anger outbursts.  During the outbursts, Martin would take it out on all of those around him.  He was impossible to calm down during these moments, he didn’t want comfort he seemed to want every one around him to be as miserable as he was.

He was given a high potency dose of Tuberculinum to take once.  Within a week his whole routine began to change and going to bed and going to sleep was no longer an issue.

“Within about a week of taking the carefully selected remedy Mary prescribed, my son’s anger outbursts decreased substantially. He was previously having daily anger outbursts that included hitting things, yelling, and rude talk to family members and close friends.  Those disappeared about a week after taking his remedy. and his nightly freaking out while going to bed went away.

Before the remedy he would get all agitated every night at bedtime, convinced that he would NEVER get to sleep.  He had developed obsessive routines, but even those didn’t work to calm him.  We had tried dietary changes, every natural sleep supplement available, and lots of behavioural changes.

Nothing worked at all until his remedy cleared the issue.”

Two or three weeks after taking the remedy the anger episodes started happening again, but this time, there was a difference. Martin was able to explain what was making him angry and was able to be calmed more quickly.   We repeated the remedy and we will wait and see if this time the remedy holds for longer.

“When I read the remedy pictures for those Mary prescribed for my kids, I was astounded at the details and the perfection of the picture.  She chose remedies that I never would’ve found on my own, even though I have been dabbling in homeopathy for a couple of years, learning all that I could.”

A great beginning for Martin with some very positive results!

Worried about Corona? Worried about the Corona Virus Firstly let's help contin the worry element.  The virus is spreading quickly around the world but is no more lethal than the majorities of  flu that circulate every winter. The difference of this one is that it is a...

END_OF_DOCUMENT_TOKEN_TO_BE_REPLACED

The Six Week Personalised Coaching Plan to STRESS LESS AND SMILE MORE Registration is now CLOSED for our Personalised 6 week coaching plan to help you Recharge and Fly I am looking for 6 busy moms who are stuck right now but are ready to take back control of their...

END_OF_DOCUMENT_TOKEN_TO_BE_REPLACED

I was prescribing for an 8 year old boy (we will call him Tom) who was expressing difficulty in accepting the changes in the relationships between family and friends.  That transitional period when older siblings suddenly want to stop playing with you or school friends begin to want your opinion on everything can be difficult to understand. Everything is changing and you have got to decide how to cope with these changes.

“We were on the beach with Tom’s sister and her friends to celebrate her 13th bday. After being there for about an hour, Tom created a large circle of stones and sat inside it placing his shoes as an entrance/ exit marker and told myself and Aaron that this was his circle and no one else was allowed in it unless he said. He then lay down in it for a while. He went in and out of it throughout the afternoon.

Later he decided we should dig a big hole for him to hide in. Then he wanted me to cover him over with a blanket. He waited there patiently while I went (after he asked) to encourage the girls over to see this nice place to lie down and then jumped out on them at the last minute!

He spent the last bit of the afternoon playing with a little toddler who was nearby us on the beach and was very keen to make friends … it is unusual for Tom to have much patience with little ones, usually wanting to get back to focusing more seriously on his ball skills or something like that. But he played rough and tumble with this boy for a long time – really gentle and really playful.

I see that the remedy has brought back the really playful, more innocent and less self conscious boy we know.   I think (along with being out in the sun) his whole face and demeanour looks different, brighter and more open, and much less worn out looking which is such a lovely relief”! 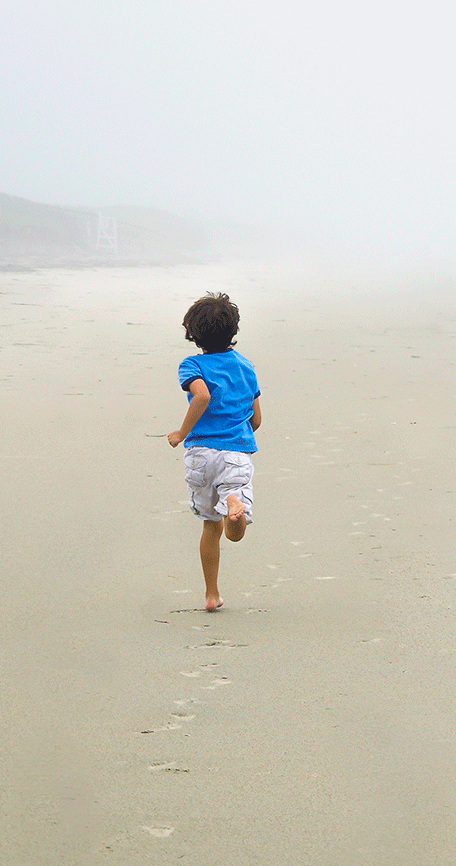 What happens during the Consultation?
Packages and Pricing
Working with Mary

Don’t Wait Any Longer. Start Forging Your Own Path Today!